Search engine optimization (SEO) is a discipline that forms a critical pillar of internet marketing. It has evolved over time and borrows a lot from other disciplines. After all, SEO permeates lots of disciplines in an attempt to capture every audience.

Leonardo DiCaprio won his first Oscar thanks to The Revenant, a wilderness thriller. His win at the 88th Academy Awards brought a lot of excitement to many people and from it we can draw important SEO lessons.

Before winning the Oscar’s, Leo was nominated 5 times and he won the sixth time. He was nominated four times for acting and once for production at the Academy Awards, but each time, he missed out and practically left the Dolby Theater without any trophy. Instead of getting upset and giving up, he kept doing what he knows best.

In SEO, there is no overnight success rather you have to put your strategies in place, continue doing the right thing in terms of content, keywords and links. This will ultimately take you to the top.

Use the Spotlight to Highlight Your Audience Issues

In his acceptance speech, Leonardo did not focus on his career and the things he had done to get him this far, but he concentrated on climate change as an issue that affects everybody and that everyone must actively participate in.

When doing content as part of your SEO, your priority should not be to push the business in the faces of your audience, but rather take the time to discuss pertinent issues that your audience can participate in and generate debate.

Be Daring and Get Out of Your Comfort Zone

While playing the mentally impaired Arnie in the 1993 movie, What’s Eating Gilbert Grape, Leonardo took a daring role that made people think he was actually mentally disabled in real life.

Inasmuch as things such as link building, fine tuning meta descriptions, and doing basic content matter in SEO, you need to go ahead of the pack and do something extra that will leave your audience wanting more from you.

Always Aim for the Top Slot

Leonardo DiCaprio is certainly an icon in the film world and this is because he has gone beyond the criticism to morph himself into an indomitable character.

In SEO, you will come across people, publications and barriers that tell you it cannot be done. Instead of this discouraging you, it should spur self-belief and confidence that you can make it and you were designed for the skies when it comes to ranking and popularity.

A Little Kindness Can Go a Long Way

If you want to excel in search engine optimization, learn the art of giving something away such as eBooks, how to guides, infographics, case studies, reports, and many others. All these have a way of rewarding you through huge followership and site endorsements. 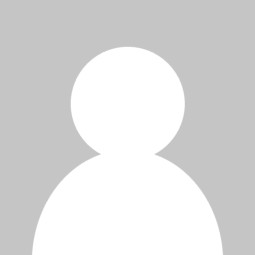 Hello, Its Joey here, A Digital Nomad & Founder at Boost Metrics. My expertise are SEO, Digital Marketing, SEM and Google Anaytics. I offer a wide range of services pertaining to online marketing. Whether you are looking to turn online relationships into revenue or enhance your brand image, I am capable of analyzing your requirements to come up with the best suited strategy to help you achieve your business objectives.
View all posts by Joey Perera